The rise of Azul is a commercial innovation in its market segmentation. The company uses Embraer ’s E-Jets aircraft and ATR ’s turboprop aircraft, opening up a second-tier market which the narrow-body aircraft of Tam Air and Gore Airlines cannot be profitable.

At the beginning of its establishment in 2008, Azul took a new path to explore the second-tier market that Tam Air and Gore Air have not yet been involved in, and won a reputation. At present, Azul has opened more than 200 air routes. Among them, 70% of the routes are operated solely;, Brazilian Blue Air has the most flights among 10% of the all routes.

The strength of Azul

④ Azul has the most flights numbers of 10% routes;

⑥ The average aircraft age is below 5 years;

Now we undertake the transportation of goods from South China and North China to Brazil and the main ports in South America, with sufficient capacity, welcome to contact us. Cargo accepted: AJU/CNF/JPA/POA/ BEL/ FOR/ MAO/ REC/ BVB/ GIG/ MCZ/ SSA /CGB/ GRU/ NAT/ THE. 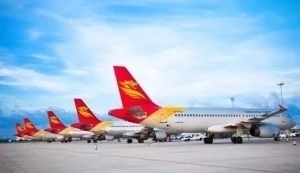