The crew of the “Gjertrud Maersk” have been evacuated to shore for isolation and get treatment. Freight forwarders who have loaded the ship with the cargo must pay more attention to keep abreast of the latest developments and follow-up delays! Repost Known ~ 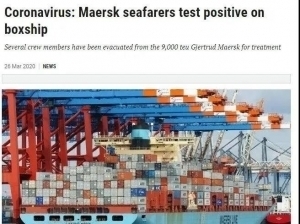 Affected by the coronavirus, the global economic shutdown in 2020 far exceeded the “2008 financial crisis.” Close down crossing from countries, cities, flights, etc. The latest restrictions in various countries are frequent. Recently, another group of countries have closed ports and ports.

South Africa is about to close the port in response to the blockade policy.

It is reported that South Africa’s Transnet Port Terminal Group (TPT) announced that it will take corresponding measures in response to the South African President’s speech on epidemic prevention.

Previously, South African President Ramaphosa issued a televised speech on the new coronavirus pneumonia epidemic on the evening of March 23, to prevent the rapid spread of the epidemic for 21 days.

In order to cooperate with the government’s anti-epidemic policy, TPT announced that the following measures: the transportation ports will be closed soon, including Saldanha Port, the largest iron ore shipping port in South Africa.

India “country blockdown”, the port, airport, railway and all modes of transportation are completely closed.

In order to prevent the new outbreak of pneumonia, the Indian government imposed a blockade nationwide for a period of 21 days. At present, the operations of local ports, docks and yards are restricted. There is a shortage of labor, roads are restricted, and transportation stops.

President Modi announced in a television address that “there will be a complete ban on risky behaviors such as going out.” At the same time, all modes of transportation such as railways, airport, and ports across India have been shut down (except for emergency and necessary material transportation). According to market news, all ports in India have declared force majeure.

Modi also persuaded him with bitterness, “If India can’t handle these 21 days well, then our country will retreat for 21 years.” The latest data from the official website of the Indian Ministry of Health on the evening of the 26th showed that the cumulative number of newly diagnosed cases of new coronary pneumonia in India rose to 694 cases, of which 44 cases were cured and 16 cases died.

Prior to this, the General Administration of Shipping of India (DGS) began to implement 14-day quarantine for ships departing from all ports in the epidemic area for the prevention and control of the epidemic.

As an important market in Southeast Asia, Thailand’s epidemic is spreading. Thai Deputy Prime Minister Wissano said on March 25 that in order to further prevent the spread of the pneumonia, the Thai government implemented a state of emergency law from March 26 to April 30 nationwide. If the situation does not improve by then, the government may continue to upgrade prevention and control measures.

At the same time, Thailand closed all border crossings, including sea, land and airports. Only Thai passport holders, temporary diplomatic envoys to Thailand who are temporarily returning to the country, and international freight forwarders are allowed to enter Thailand under the premise of holding a valid health certificate.

It is also understood that Thai Airways International will ground all Asian routes from March 25; it will cancel most European routes from April 1. It is reported that the current epidemic in Bangkok, the capital of Thailand, is the most serious and is currently in a semi-blockade state.

The US line is urgent! Arrival Delays increase! 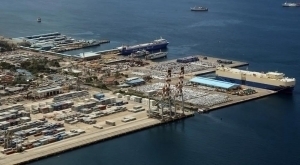 The latest news from Malaysia: As some ports in Malaysia are about to explode (the boxes cannot be loaded).

Specially approved by the customs, cabinets without permits can now be pulled out of the port, from today to Sunday. If there is a cabinet to the port of Malaysia but there is no permit, Hurry to notify the agent to mention the counter!

Malaysia has announced that it will implement the “action restriction order” previously implemented, which will be extended from the original March 31st and extended by 14 days to April 14.

Malaysia imposed a 14-day quarantine on ships. Malaysia announced on March 22 local time: All vessels flying the flags of China, Italy, South Korea, Iran and Japan, or any vessel that enters any port of the above-mentioned countries 14 days after arriving in Malaysian waters, are prohibited from entering Malaysia. Any port. 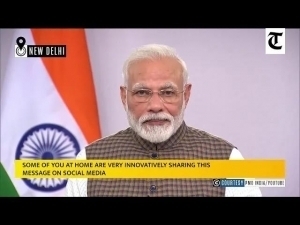 The Ministry of Foreign Affairs of the People ’s Republic of China and the National Immigration Administration issued the “Announcement on the Temporary Suspension of Entry of Foreigners Holding a Valid Chinese Visa and Residence Permit” on March 26: In view of the rapid spread of the new coronary pneumonia epidemic worldwide, China has decided Starting from 0:00 on the 28th, foreigners will be temporarily suspended from entering China with current valid visas and residence permits. Suspension of foreigners holding APEC business travel cards, etc.

This is a temporary measure that China must take in order to respond to the current epidemic and refer to the practices of many countries.

The global epidemic continues to escalate. Remind you, foreign trade freight forwarding friends, for recent shipments, you must first understand the latest import and export policies and port dynamics in the destination country, transportation delays, customs clearance at the destination port, and beware of buyer abandonment! So as not to affect the shipment and cause losses, forward it to everyone ~